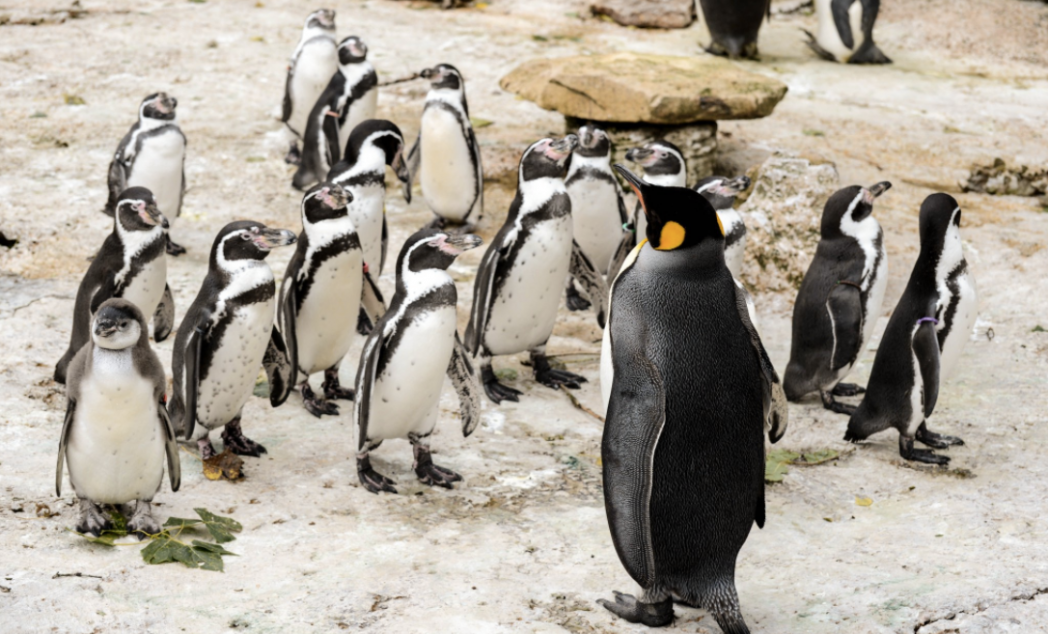 Visitors are invited to celebrate like a King… Penguin this World Penguin Day at Birdland on Thursday, April 25th and the following Saturday, April 27th in the company of England’s only breeding colony of king penguins.

The Bourton-on-the-Water wildlife attraction, is putting on a series of talks and feeding displays dedicated to the world’s favourite flightless birds on the internationally celebrated day, as well as the following Saturday so everyone can celebrate like a king penguin.

As well as the only breeding group of king penguins in the country, Birdland is also home to a group of smaller Humboldt penguins.

Humboldt penguins are officially designated as ‘Vulnerable’ in the wild by the International Union for the Conservation of Nature which means they are likely to become ‘Endangered’ unless the circumstances threatening their survival and reproduction improve.

Head Keeper Alistair Keen said: “At Birdland we are part of the EEP, European Endangered Species Programmes, and I sit on the King Penguin Committee. We are committed to increasing the numbers and health of the endangered avian species.

“World Penguin Day is a great opportunity for us to showcase what amazing creatures king penguins and Humboldts are.

“Visitors can learn interesting and little-known facts about the colony at Penguin Shore and get inspired to help protect these amazing birds,” he added.

As well as twice-daily Penguin Feeds and talks, visitors can find out more about the individual personalities of the penguins and how couples will often pair up for life.

Plus there’s also the opportunity to meet Spike the penguin, who has more than 11,000 Facebook fans and is a regular tweeter about his life in the Cotswolds, and his half-sister Charlotte. Both chicks were hand-reared by Alistair and get up to lots of funny antics.

World Penguin Day is celebrated around April 25th, as it is the approximate date several penguin species begin their annual northward migrations.

With its combination of woodland, riverside and gardens, Birdland features more than 500 birds, ranging from birds of prey and parrots to cassowaries and cranes in a mix of free-flying and aviary displays.