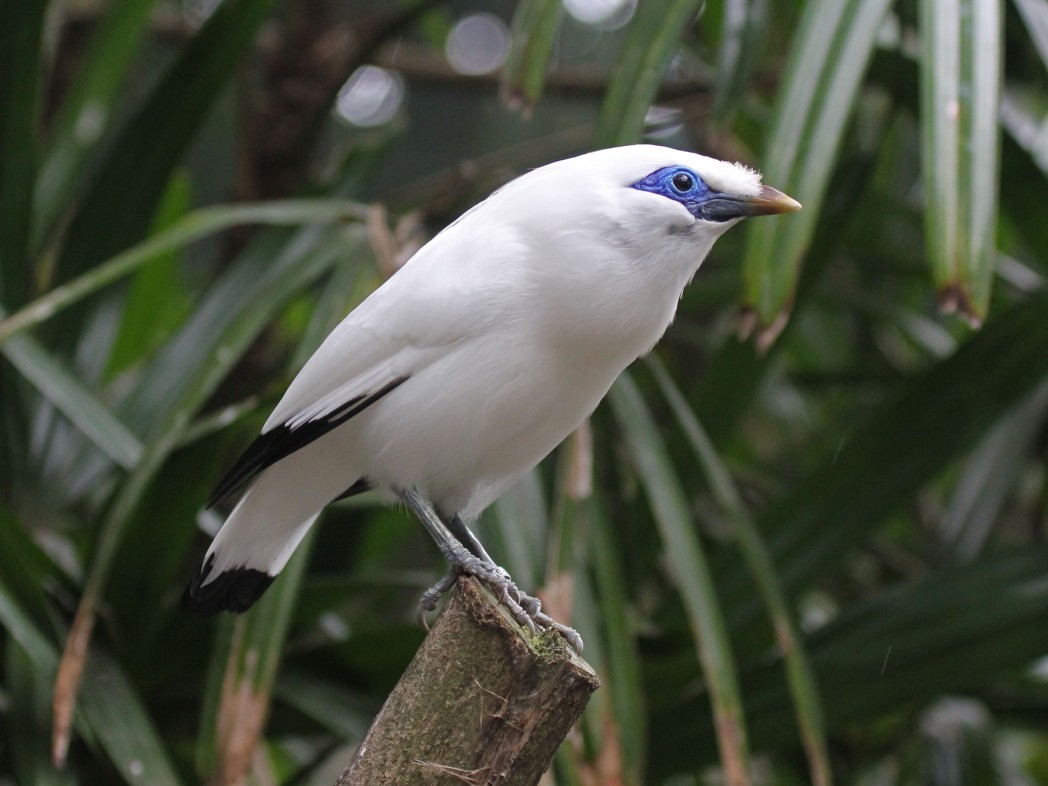 A critically endangered type of mynah bird has laid eggs for the first time in more than a decade at Birdland Park and Gardens.
Keepers at the Bourton-on-the-Water wildlife attractions, which celebrates its 60th anniversary this year, now face an anxious wait to see whether the eggs will hatch.
The Bali mynah is critically endangered, and the native population has been close to extinction since at least 1994. As of 2015, less than 100 adults were thought to exist in the wild.
A critically endangered species is one which has been categorized by the International Union for Conservation of Nature (IUCN) as facing a very high risk of extinction in the wild.
It’s the highest risk category assigned by the IUCN Red List for wild species.
As its name suggests the Bali mynah is restricted to the islands of Bali in Indonesia, where it is the island’s only endemic vertebrate species. The bird was discovered in 1910, and in 1991 was designated the faunal emblem of Bali.
The Bali is managed under an EEP (European Endangered species Programme) of which Birdland is a member.
“In the wild the species is really struggling due to habitat loss, which has meant that they have to compete for nest sites with other species,” said head keeper Alistair Keen.
“The birds are also at major risk from the local pet trade and many of them are kept as caged birds.
“With such a limited number of birds in the wild, captive breeding programmes for the species are absolutely vital and may be the only thing which can save this bird from going extinct,” he added.
Reintroduction programmes have had some success and with over 700 birds held in zoos and bird parks worldwide, efforts are ongoing to keep the species alive in the wild.
Clutches of between one to five eggs are possible and the eggs are pale blue. The female does the bulk of the incubation which lasts for 12-14 days.
She will then do the majority of brooding the chicks whilst both adults will feed the young. The chicks will fledge at between three to four weeks of age and will be fully independent at around six-seven weeks old.
With its combination of woodland, riverside and gardens, Birdland features more than 500 birds, ranging from birds of prey and parrots to cassowaries and cranes in a mix of free-flying and aviary displays.