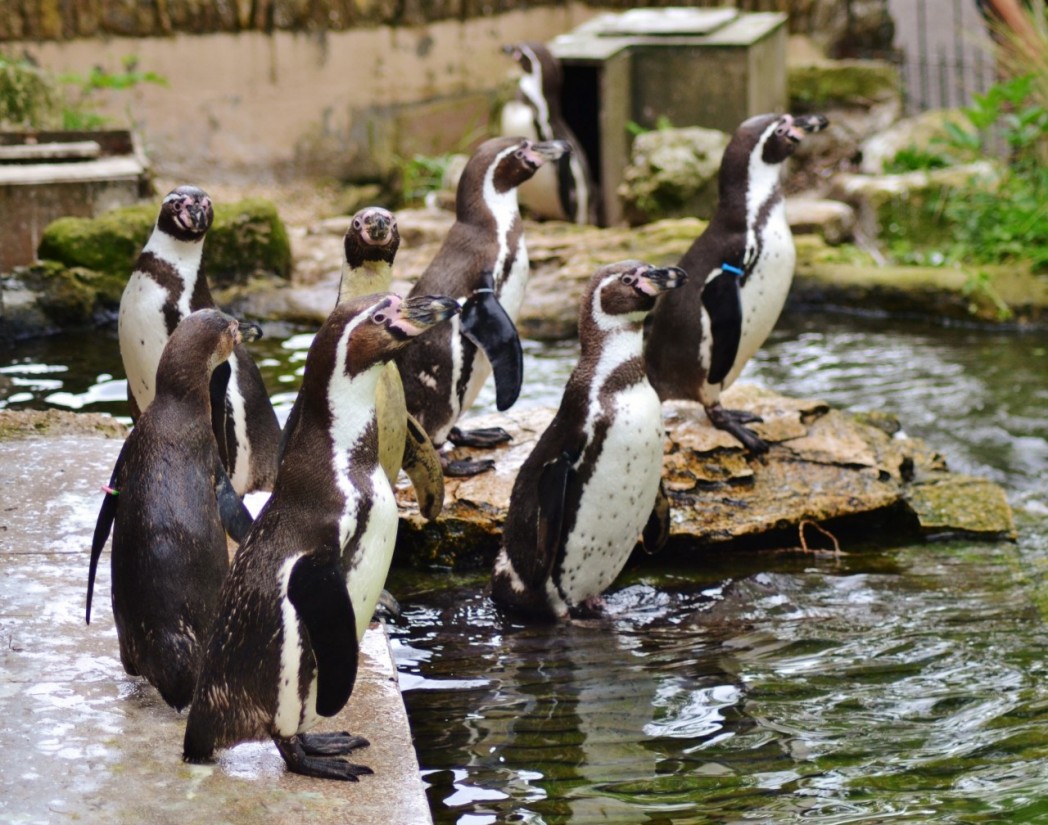 There’s double cause for egg-citement among keepers at Birdland Park & Gardens this Easter.
The Gloucestershire wildlife attraction, which marks its 60th anniversary this year, is celebrating the fact its colony of captive-bred Humboldt has produced a record number of eggs from a record number of breeding pairs.
Five different penguin couples have laid a total of 10 eggs between them and now staff are facing an anxious wait to see how many will hatch out.
Keeper Alistair Keen said: “It’s the first time five pairs have laid and it’s also the largest total clutch of eggs. We have created a series of nesting sites within the rockwork of their display which enables the Humboldts to hatch their own eggs.
“These areas mimic those in the wild and definitely seem to be working well as the number of pairs sitting on eggs is rising each year.
“We’re anticipating a number of the eggs won’t be fertile and, as some of the pair are first time parents, we simply don’t know how many will eventually hatch. However it’s certainly been a great start,” he added.
The Humboldt is a South American penguin which can be found in and around coastal Peru and Chile. The penguin gets its name from the cold water current it swims in, which was discovered by the explorer Alexander von Humboldt.
Humboldt penguins reach a maximum height of 70 cm and weigh up to six kg. In the wild the penguins are under threat from climate change, overfishing and the acidification of the oceans.
They are now officially listed as ‘Vulnerable’ by the International Union for Conservation of Nature which means they are at immediate or imminent risk of becoming endangered.
The Humboldts share their outdoor enclosure with the UK’s only breeding group of king penguins.
With its combination of woodland, riverside and gardens, Birdland features more than 500 birds, ranging from birds of prey and parrots to cassowaries and cranes in a mix of free-flying and aviary displays.
Find out more about joining us at Birdland this Easter here.