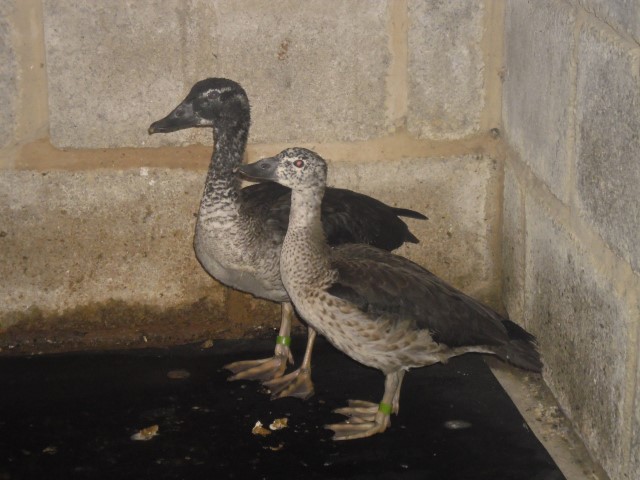 This week we have been busy micro-chipping more of the birds. The birds that we have been micro-chipping are amongst some of the rarest species in captivity and as such each individual needs a form of identity. This can be in the form of a leg band or wing tag but the problem with these is that they can fall off. With a micro-chip, once in it will stay in and if done properly, will stay in one place.

We have a special chipping ‘gun’ that we use. Each chip is preloaded into a needle which is then placed in the gun. The best place to chip on a bird is the breast muscle so the area of skin to be chipped is first cleaned with anti-septic and the feathers parted as you do not want to mistakenly push a feather under the skin. You then feel for the breast bone and aim just to one side. The needle is inserted and the gun trigger pressed and if all goes well, the chip will insert itself into the muscle. The needle is then gently removed and placed in our sharp-safe (where all used syringes/needles go to be disposed off properly) and the area cleaned again. We then check the chip is working by running a scanner over it and job done. 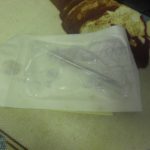 Needle & gun
Each microchip bears a 15 digit number and whilst some numbers are the same on all chips, the all important last 5 digits will be unique to that bird. A record of the chip number then goes on to that birds individual records and will go with the bird if it is moved on to another collection. 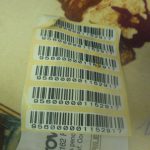 Chip reader and barcodes
This week we have micro-chipped the 2 Yellow Shouldered Amazon chicks, the female Scarlet Macaw & the male Edwards Pheasant. The Amazons is a 2 person job (one to hold, one to chip) whilst the Macaw and Pheasant, being larger and stronger require two people to restrain (you don’t want it fidgeting during the needle insertion). If the bird is attached to a keeper then that keeper is not involved, you don’t want to ruin a relationship!

In other news this week:
A pair of Comb Duck have arrived from CotswoldWildlifePark. The pair, both hatched in July, are currently off show serving a period of quarantine and will eventually go out in the aviary opposite the café when it is rebuilt. Comb Ducks are named after the comb on the males head and are native to Africa, Asia and parts of South America

The Emerald Doves have at least one egg. We had removed the nest basket as they have already have 5 young this year but they have decided to nest in a hanging basket instead.
The Red Fronted Macaw chick (the next on the list to be micro-chipped) has been peeking out of the nest box so it won’t be long until it fledges
One of this years Temmincks Tragopan chicks has started to develop male plumage, we had initially thought all 3 to be female
Humboldts Hagrid & Luna were seen unsuccessfully mating. Chloe & Millie have stopped nest building
Blue & Gold Macaw Diamond has been kept in on a couple of the wet days, girlfriend Benji wouldn’t let him shelter in the barrel by the café so he got a drenching on Saturday. Sunday & Monday he stayed dry inside!

Wildlife wise we had 4 Canada Geese land on the Greater Flamingo stretch of river this week, they had to be chased off as they could do some damage to the Flamingos if provoked
An injured Treecreeper was brought in by the member of the public but unfortunately didn’t survive. It did afford the rare chance to admire close up views of their slender, curved beak and wonderful feathers
2 Little Egrets were circling above the Nature Reserve last night and a Marsh Tit was present.  The Kingfishers are still active
The following Moths were seen 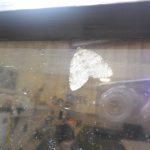 A Pale Bridled Beauty? (not completely sure)

I can’t ID this one

And finally, Spike got to meet his step sister Maddy this week!

That’s it for this week, I’m off next week so no weekly news will be on the next blog but all will be brought up to date the following week