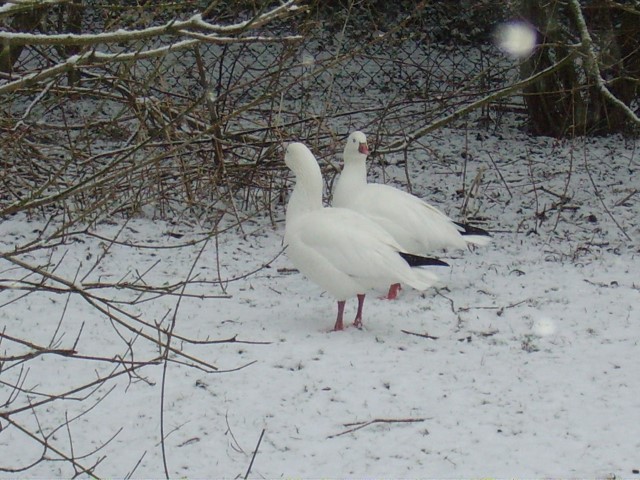 As we are rapidly approaching Christmas, I thought I would blog about a winter specialist this week 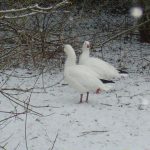 Ross’ are often misnamed Snow Goose due to their white appearance.  They are closely related to Snow Geese but are quite a bit smaller.  They are a migratory species, breeding in Northern Canada before moving south as far as Mexico for the winter.  They are occasional vagrants to Western Europe.  The preferred habitat is that of  wetlands, tundra and farmland.  The wild population is of least concern.
The are predominantly white in colour, with black wing tips.  The beak, legs and feet are red in colour.  The sexes look alike, with males ever so slightly larger than the females.
The diet is largely one of sedges, grasses and grains such as wheat and barley.
Ross’ geese breed in the low arctic tundra. They usually nest in colonies mixed with lesser snow geese, making their nests on the ground in sparsely vegetated areas. Female Ross’ geese lay an average of 3-4 eggs although as many as 8 have been recorded.  The eggs are creamy white in colour. Incubation is relatively short at 23 days and this may be to make the most of the short summer days in the Arctic

We have a pair of Ross’ in our large Ibis aviary.  They recently arrived from WWT Martin Mere having lost our last bird earlier in the year.  They are a species we have successfully bred in the past so hopefully will again

In this weeks news 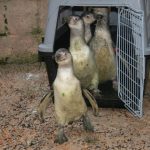 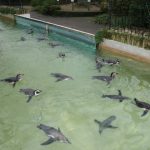 A 3rd Emu egg was laid, the largest yet at 652 grams.  All 3 are now in the incubator
We are now shutting the Greater Flamingos, Tawny Frogmouth & Kookaburras away at night
I got photographed for a forthcoming feature in the Daily Star about people working Christmas Day

Wildlife highlight was a wren taking shelter in my box of tissues!